I have a Netgear GS108 8-port gigabit ethernet switch, which died the other day. I found it working normally for a few seconds, and slowly flashing all of its lights for a few seconds, over and over again. During the flashing lights period, no packets were being passed. Naturally, this was playing havoc with my network.

After swapping in a spare switch I discovered that it was in fact a common problem with that model of switch, and that it even had a name: Blinking Lights of Death.

It also seems that many people have been complaining bitterly about Netgear’s RMA procedures. Fortunately, it turns out that the cause is simple and that I was able to sort it out myself without having to mess around finding out whether the bitterness was justified or not.

I feel some pictures are in order.

Firstly, here’s the inside of the switch without the case around it: 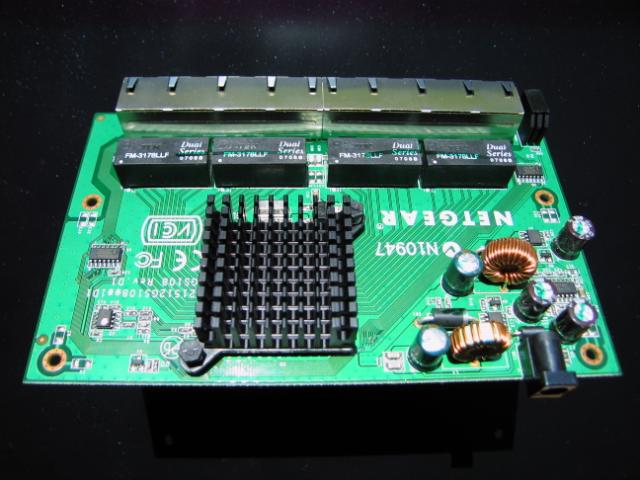 And a close-up on one of two capacitors which look distinctly unhealthy. Notice the bulge on the top of the can, showing that the inside of the capacitor has been expanding and building up pressure. 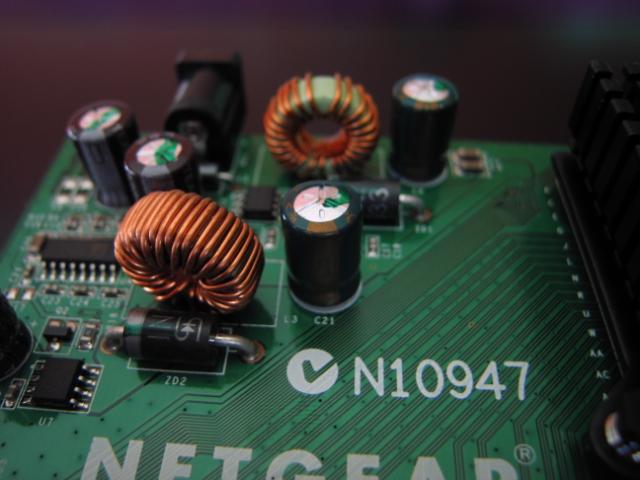 After replacing them with 1000uF 10V capacitors (the higher voltage rating out of pure paranoia, since two had died already) the switch works fine again, and is now back in my network switching my packets.

This entry was posted in Electronics. Bookmark the permalink.